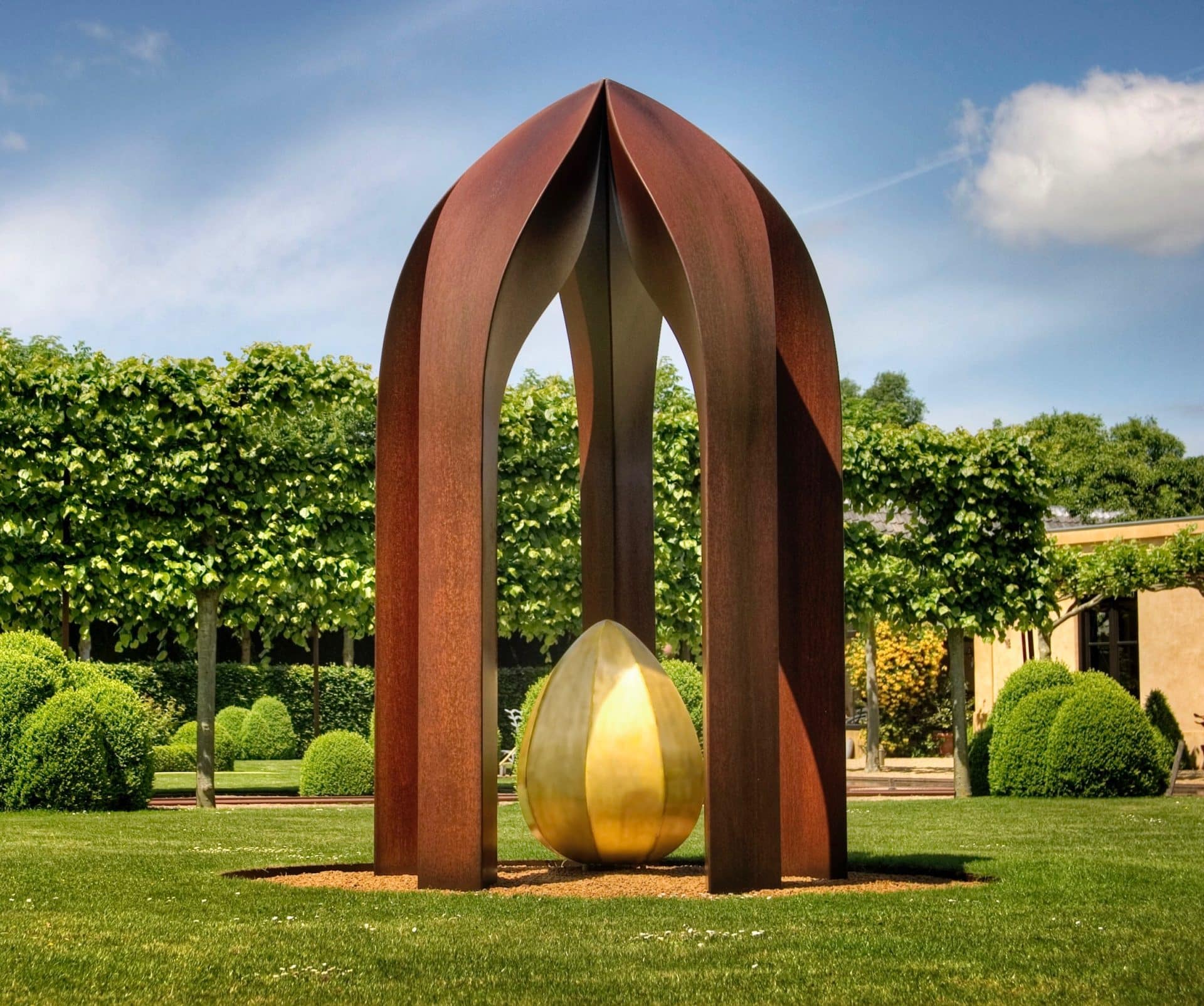 The biological 'Dimension of Humankind'

Longing to give meaning to the place we have in life; a fascination for the concept of Temples grew. The Temple refers to the architectonic, metaphysical power of nature. It feels like the point of concentration where nature and metaphysics meet, a love-making of light and dark, inside and outside. In 1980 the first 3 Temples are born.

The basic measures/base measuring of 1.80 by 1.80 m: the ‘biological dimension of Man’. In these Temples, 1, 2 or 3 Buds of 1.80 m respectively were placed, as a ritual deed. With these first 3 Temples the search for the fundamental principles of the order of reality arose. From that point onward the ‘Dimension of Humankind’ and the tension of numbers are a basic part of our work.