Skip to content
Watch film The World My Garden 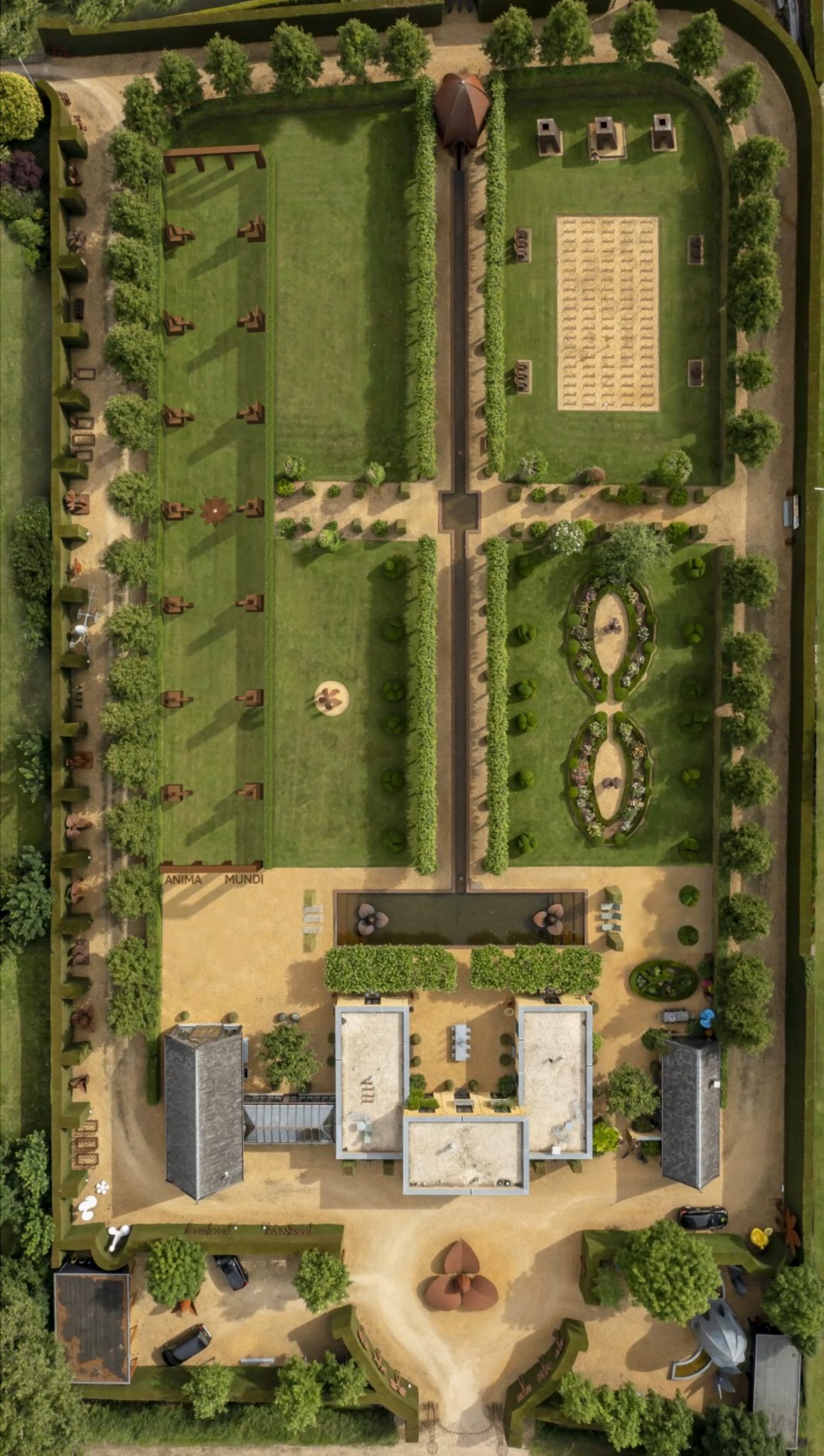 The Tempelhof A work of art in and of itself

De Tempelhof,  1995 + is  since 2018 the  Youngest Cultural Heritage in the Netherlands. The Tempelhof, an Ambassy of the ‘ new thinking ‘  a work of art in and of itself: a holistic concept of buildings, garden and statues by the married artists Adelheid and Huub Kortekaas. In 1995, Adelheid designed the basis for the house and garden, and together they perfected and built the Tempelhof between 1995 and 1999.

What makes De Tempelhof so special ? The Tempelhof is an invitation to the world to become a co-creator of our earth and ask ourself the big questions of life: Who am I? What is the meaning of life? and How do I shape this life? A wake-up call to the 21st century: BE THE CHANGE ! The Tempelhof is a unique Gesamtkunstwerk of global allure. A powerhouse of the images and ideas of the artist duo, a universal visual language that will be recognized, connects and gives new meaning on life and thus make an essential contribution to the Great Reset, without being tied to certain political, religious or moral positions.. The Tempelhof as a conceptual work of art focuses on humankind and her society – a hortus conclusus of pure beauty and radiant simplicity, which gives you the feeling that you are coming home – with a mythical dimension on the interface between nature and culture, such as among others Stonehenge. Buildings, garden and art form a harmonious unity inspired by the ‘Human Dimension’. It manifests and promotes the arts in a broad sense, with a focus on education, society, meaning, pilgrimage and she seeks collaboration with global governments and private and social organizations. De Tempelhof is a contemporary inspiring, contemplative, multicultural meeting place, a physically accessible oasis and highly relevant as a global cultural social Gesammtkunstwerk for all people on earth with the call to change – to make a creative Quantum Leap – to a more conscious society with care for the earth and for each other. A place of reflection and be with yourself. An earthly paradise with the experience of living your life as a unique work of art The Tempelhof with Anima Mundi should belong to everyone and deserve the World Heritage designation and should be ‘experienced’ by every person at least once in his or her life: Our World Passport for Humanity!  The world in motion – from ‘I’ to ‘We’ – Quantum Art

The Tempelhof forms the crystallisation of chaos and love. It is a poetic chronicle of their life-long quest, oriented towards the longing for harmony and meaning in their lives and work. It is a mirror of their lives, of breathing along with the rhythms and structures in nature. The Tempelhof as Gesammt Kunstwerk is inspired by the “physical dimension of the human being”. It is the symbiosis of the interplay between reality and illusion, between Truth and Fiction. In extending 3×33+1, they became fascinated by the play of numbers, and numbers such as 111, 333, 666, 777, and 999 became metaphors for reality reminiscent of quantum physics.

In the design of the Tempelhof, in the mid-90s, the interplay of hidden structures and numbers became more profound. For example, the entire plot is surrounded by a 3.33-metre-high hedge and ninety-nine trees. On either side of the almost entirely closed-off façade there is a field with 33 Seedlings, which refer to the project The Unifying Spiritual Field of the World. By applying symbolic measurements and using symbols in both house and garden as works of art, a unique reality is created and a harmonic Gesamtkunstwerk (total artwork) is brought into existence.

The Tempelhof is built as if it were moving on a long axis, a metaphor for the vertical line of the human body. This all-connecting axis starts with the monumental steel wire gate “Utopia” (the head), and ends at the monumental 7.77-metre-high temple-bloom “Apocalypse” (the feet). At the heart of this temple there grows a Golden Flower, inspired by the horizontal and vertical “Dimension of Man” (1.8 metres). Water bubbles from the Flower, and this sound flows together with cosmic tones. Here humanity stands at the source of all life. The Temple is like the ‘Oracle of Delphi’, which bore the inscription: Know Thyself.
The Tempelhof as Gesamtkunstwerk is a reflection of the modern human on the path to a new universal view of humanity and the world, on the path to a New Renaissance. 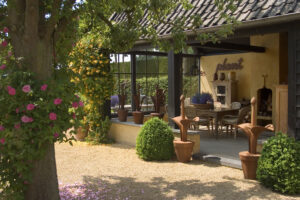 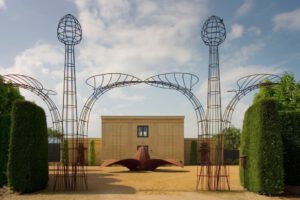 The Tempelhof - a laboratory of the ‘ new thinking ‘ - provides space for small inspiring meetings, brainstorms or tour and of course the opportunity to buy their works of art